"I got messages from people who said they wanted to hurt me, to shoot me, to prove to me that a woman like me couldn’t survive in a battlefield—virtual or otherwise." 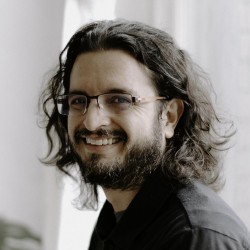 Maddy Myers is the Managing editor at Kotaku, a leading gaming industry publication owned by G/O Media Inc. This is the same company that owns The Onion, Lifehacker, The Root, Deadspin, and Gizmodo. Maddy is the shit.

Maddy's The Cost of Being a Woman Who Covers Video Games covers the last decade of her career in the video game industry, chronicling the very real hate and abuse she and other women, LGBTQ, and minorities have endured.

In 2010, my criticism of the gender politics of the Gears universe was not that deep. I kept it dead simple, writing, “What if a woman just didn’t want to make babies, and wanted to serve humanity in another way?” ...My hastily written and thinly argued post blew up... I got messages from people who said they wanted to hurt me, to shoot me, to prove to me that a woman like me couldn’t survive in a battlefield—virtual or otherwise. At first, I viewed these messages as stupid and dismissed them. Night after night, though, I lay awake questioning my career choices. The more messages I got, the worse I felt. - Maddy Myers

To see ten years of bigotry told in one piece is heartbreaking, inspiring, mesmerizing, and challenging. So much as changed in ten years, a lot for the better. But there is still so far to go. Anacristina and Christopher Diaz perform their brilliant poem about anxiety. Here are some places where you can get to know Rhiana Gunn-Wright and discover how her work is impacting your life right now.